...now leads to Sunderland, where this tiny road movie has been selected for the short film festival. Which means I will actually get to go to a festival which has my film in it - so that's a new combination. 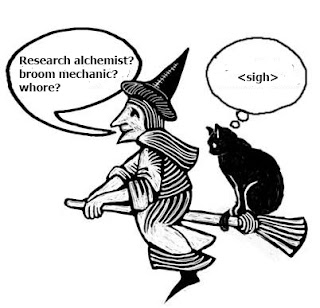 Meanwhile, back at the ranch, a short post (about nothing to do with animation, but involving thinking rocks and goats) has been accepted in this fine blog Febulous February.

And a second set of cackling witch woodcuts is underway, this one exploring the thorny problem of careers for young girls/ witches (virgin, mother, crone and ...er...the other one).


I had originally set out to create very short versions of Shakespeare films...but this is so much more fun. Apparently, what I'm doing here is adaptation.
Posted by drfin at 12:09 pm