...is turning out to be enormous fun. Read Learned Papers! Disagree with them! search the internet for mad German woodcuts of what Choleric temperament looks like;confuse yourself with Elizabethan/ Jacobean customs, attitudes and belief systems; wish you still had a copy of "1066 and all that". 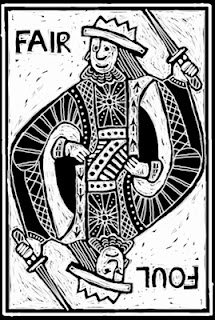 Some of the papers I found were student dissertations and essays; some of the evidence and rationale was scanty. But all of it was interesting. Put it in a sack, shake it up, and pull out some mildly controversial fragments which I hope will encourage people too look at and enjoy the plays. For those "forced" to study them at GCSE/ A level. For those frustrated by the deeply gender-divided and unequal world view of the day but looking for a way through it. Or bored by the passnotes which are just that - notes to get you a pass, but not necessarily to make you think deeply/ or sideways-on. (yes, it's "about ambition". but also the pointlessness of war, gender politics, philosophy, Brechtian devices, "Mock the Week" and the perils of patronage. A cultural mash-up) (maybe...you decide)
And now, even more fun, I get to draw woodcut-esque and intricate Black-and-White images with a vulgar disregard for perspective, anatomy... or anachronism.
God, I feel Shakespearean!
Posted by drfin at 12:10 pm No comments: 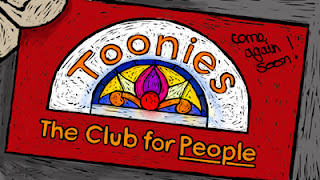 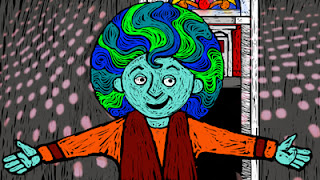